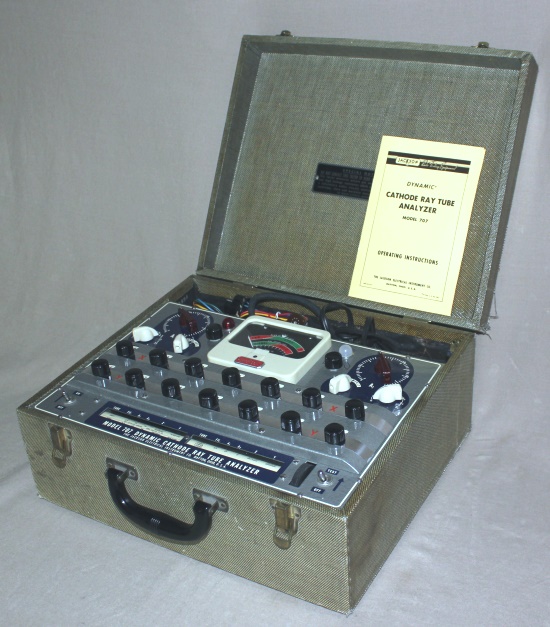 The Jackson 707 is an awesome CRT tester for early CRT's. It test for Grid Emission, Merit (quality) and Gas. It actually applies high Voltage to the second anode when the test switch is thrown. Of course, it also tests for shorts & leakage.