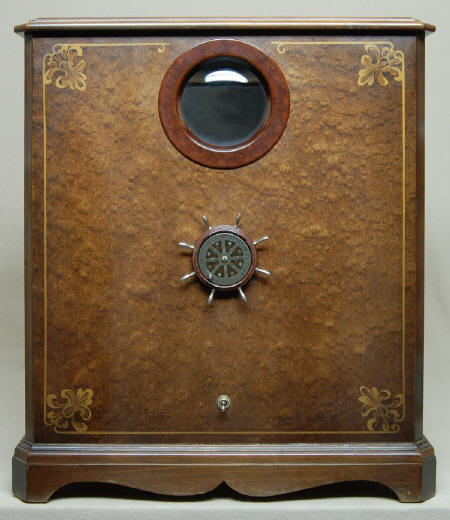 Yes, there were as many as four stations broadcasting early or experimental TV as far back as 1928.

This is a 1929 WESTERN TELEVISION Corp. mechanical "Scanning Disk" TV. One of the first factory built mechanical televisions.  To view the crude pictures on this machine required a radio receiver and an additional amplifier to boost the signals to a high enough level to excite the large neon "image tube" behind the viewing lens. If you wanted sound, that required another radio to tune in the sound channel. This particular set had a resolution of 45 lines (15 lines triple interlaced).

One of the first pictures ever broadcast in the US was a 60 line still image of "FELIX" the cat by RCA-NBC in 1928. The image would be seen in an orangish-red color.

if you are really interested in early TV, check out the links below: