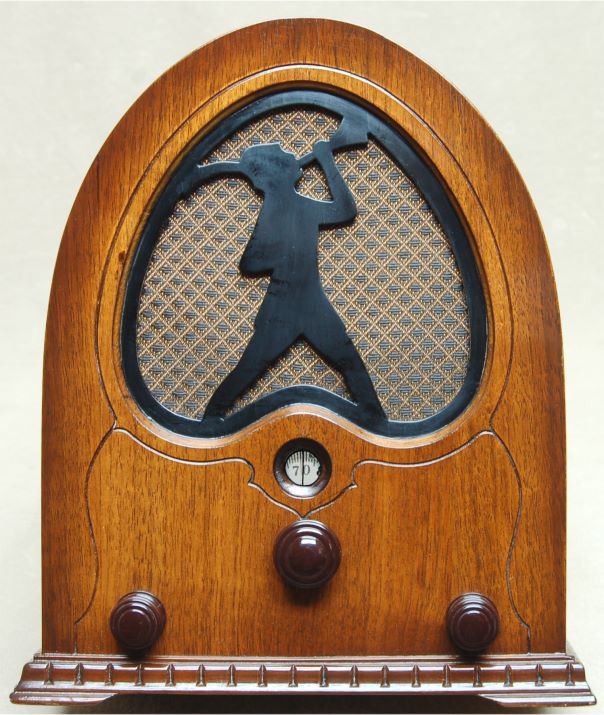 The "Peter Pan" is the "Cathedral" version of several radio models made for the Jackson Bell company by the Gilfillan bothers Radio works in southern California, (Los Angeles area).

Gilfillan was one of the largest manufacturers of radios during the 1920's - '40's and the company today still exist as a division of ITT. During the 1930's Gilfillan made radios for many companies under numerous brand names, possibly hundreds including department store brands in the LA area.

When I acquired this radio (many years ago), it was in horrid condition and the chassis was a rust bucket. After I did a major clean up, I took the liberty to paint it. Not knowing better, I painted it in metallic copper instead of a more natural color. It will remain as it is because I have no intention of ever putting it up for sale and I don't mind the nice copper look.